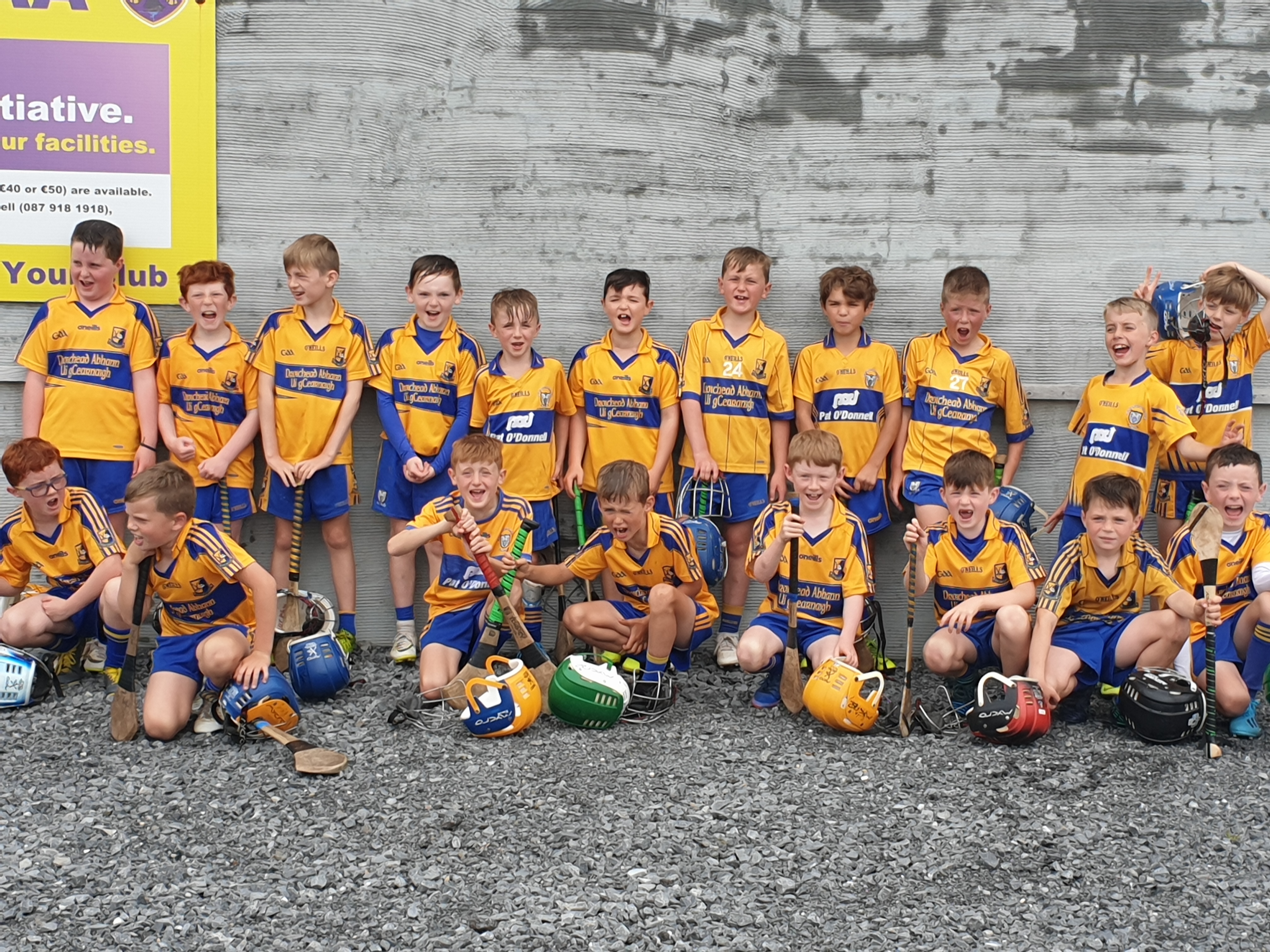 Our U9 hurlers headed off on a road trip this morning bound for the lovely village of Kinvara in the County of Galway for a blitz with the home side, Clarinbridge and Monaleen.

As many people know the Bridge has 4 All Ireland Club titles, namely Senior (1996), Feile (1995), and 2 Community Games (1985 & 1991). What many don't know is that one of the men who captained one of those teams now resides in Kinvara, namely Jude The Bo Kearney who led us to the promised land in Mosney 1991. Jude was seen over the last few weeks driving around the village at a slower than normal pace and pausing at the gates of the hurling field as our U9 and U10 hurlers trained. Next thing we are invited to Kinvara with word on the street being Kearney felt he had his own lads in great shape and ready to pull one over on his former club. Caimin Morey got word of this and stopped the convoy of Bridge cars as they were about to cross the border into Galway and made the boys walk across the boundary line with the words ringing in their ears - how can we drive down Church Street in the Bridge if Jude baits us.

Like our 3 opposing clubs we had 2 U9 teams playing 3 games - 10 a side, 12 minutes a half. Both teams started with a battle of the Bridge as we faced the home of the Oyster festival - Clarinbridge. Shouts of Come on the Bridge from both sets of supporters ensured there was a great atmosphere as the boys used this game to warm up for the big one.

Next up was the game the crowd had paid in to see as we faced the home side of Kinvara, managed by the Bo Kearney himself. Jude seemed a bit flustered before throw in but as soon as he got the last GPS tracker fitted on his lads the game started. Both teams played some excellent hurling in what ended in a draw before we retired to the dressing room for some well earned refreshments.

Following the tea and the chat we played Monaleen in our last game and to keep the lads motivated John Reddin put out a rumor that Caimin was bringing the boys to Supermacs on the way home if they played well in their final game. The boys hurled out of their skin and were out on their feet when the final whistle blew.

72 minutes of super hurling, effort, skill and most importantly pride in the jersey. What was most encouraging was to see the skills harnessed in training being put to use in the blitz. A massive thanks to the large number of parents who travelled to support both teams as well as to Kinvara for the mighty hospitality shown to all the visiting teams. Thanks as always to our own coaches for looking after the boys and a big welcome aboard to Mary who looked after stats today for Gerry, John and Caimins team.

Jude was beaming afterwards as his son Ross hit the Bridge for 2 goals while the Supermacs dream never materialized as Caimin had forgotten to bring his loyalty card. 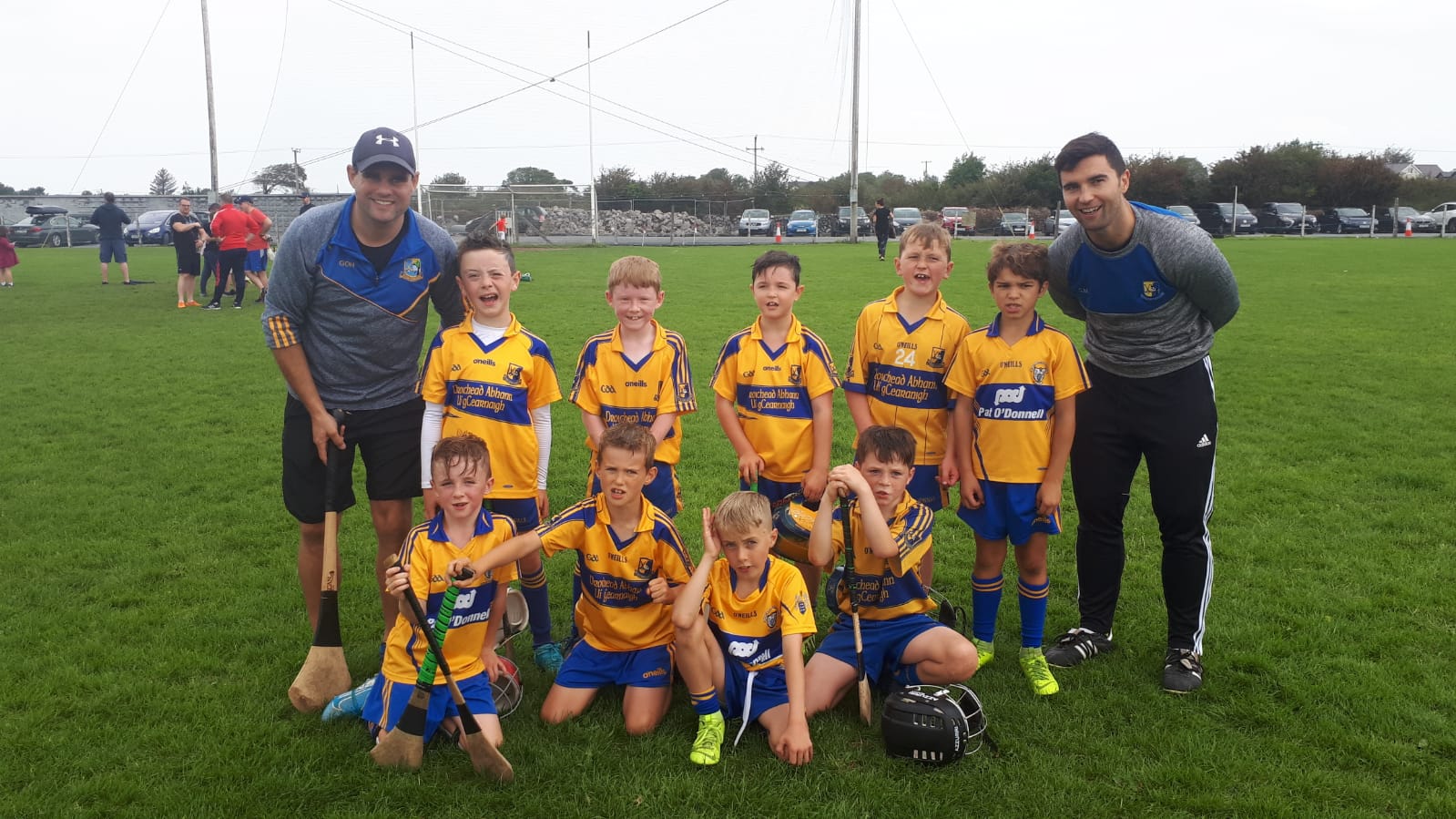 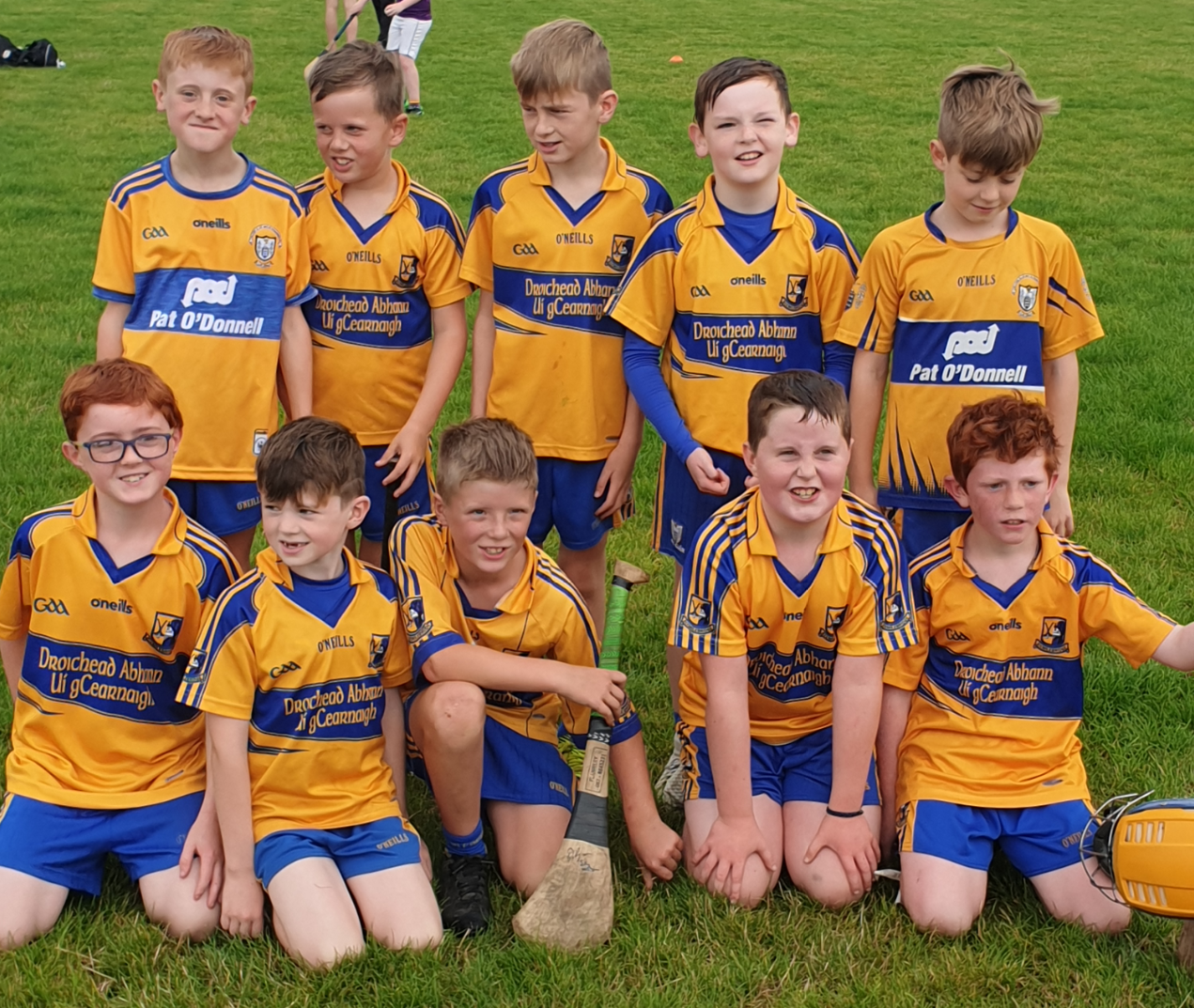 The main headling from the victory social 2020 held in th...

February news updateOur U14s have started back training a...

After wintering well over the close season, our U12s will...

Our Seniors will be selling their baked goods this Sunday...

The Minor Club has switched to being a paperless and cash...