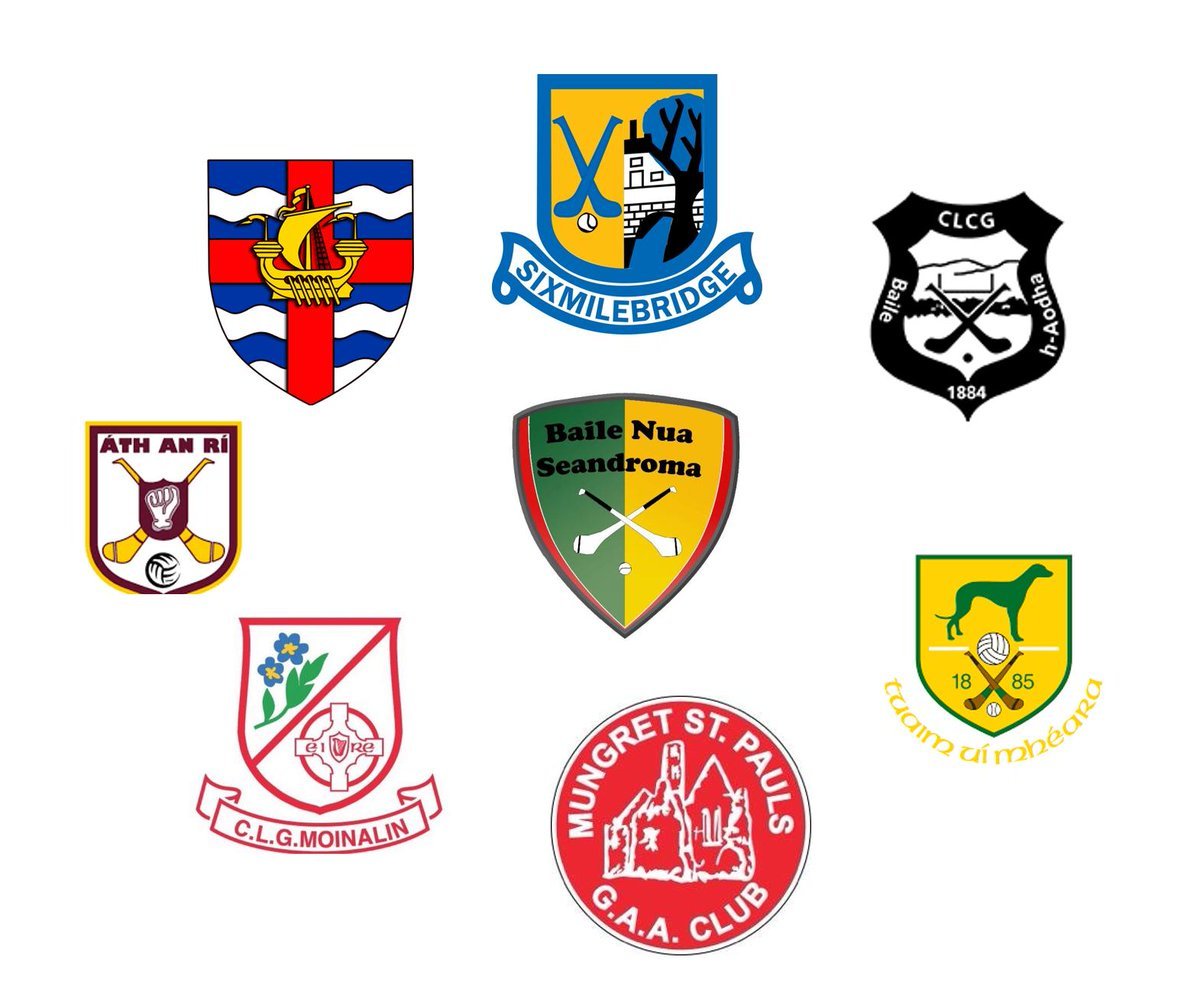 Saturday 24th August was a big day for our Under 10 squad with the 2010 born boys playing a blitz in Kinvara (see report here) while the 2009 boys journeyed to north Cork to compete in Newtownshandrums Dermot Naughton tournament. This tournament has been a regular event on our U10 calendar over the last few years and has always provided us with a great mornings hurling.

This year was no different with clubs from Cork (Newtownshandrum and Ballyhea), Galway (Athenry and Loughrea), Limerick (Mungret and Monaleen), Tipperary (Toomevara) and ourselves as the sole Clare representatives competing on the day. The tournament is a little unusual at this age group in that it is 13 aside and played with a size 4 sliotar - a extra challenge for all boys lining out on the day. 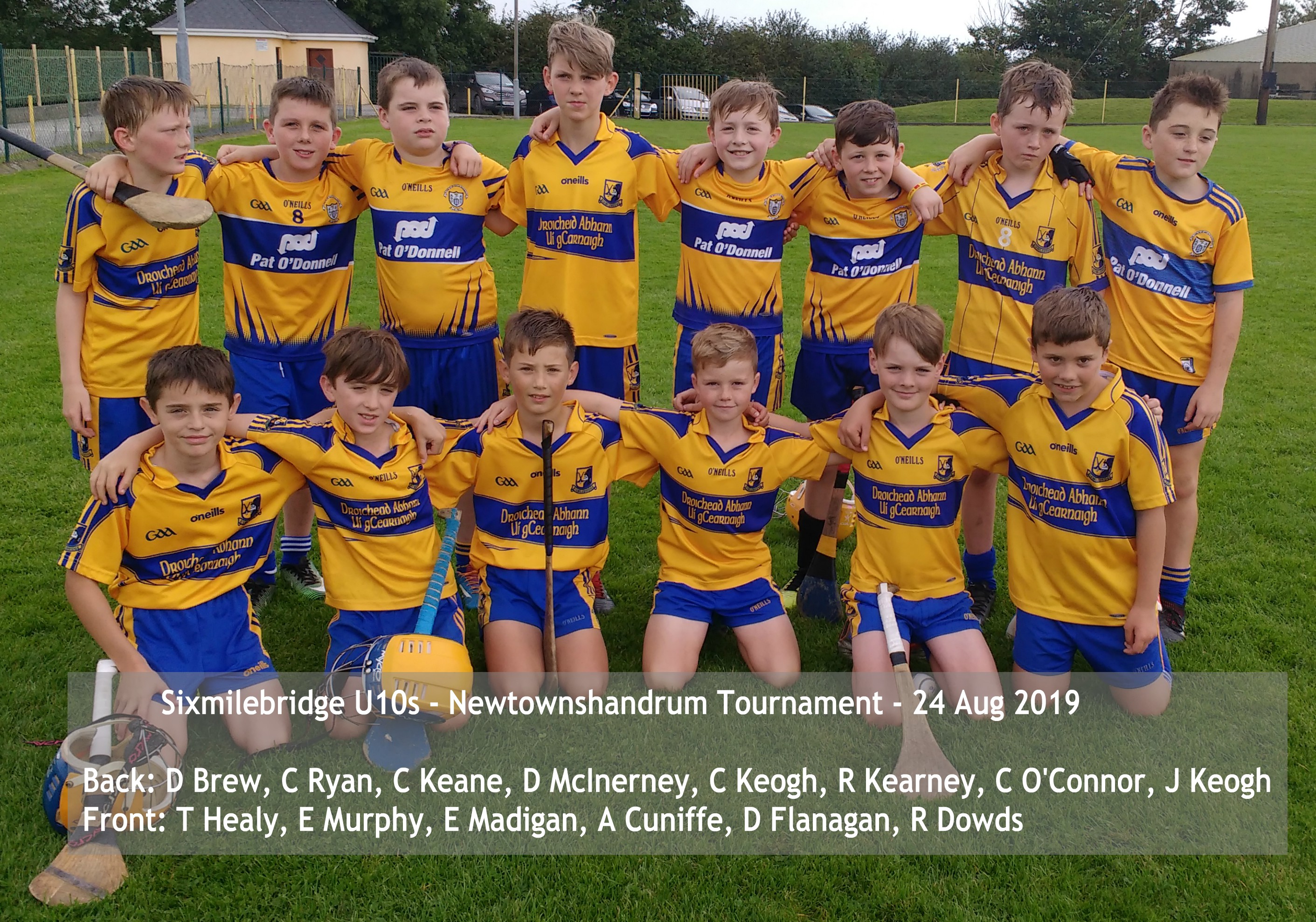 Sixmilebridge were drawn in a group with Athenry, Mungret and the host club. After a tough opening game against Athenry, the boys fought their hearts out against Mungret and Newtownshandrum. The results didn't go our way (though Hawk Eye and VAR might have come in handy for at least one of those games!!) so while Loughrea and Athenry competed in the final, SMB took part in a final play-off game against Ballyhea. This game was another ding-dong battle with SMB edging it at the end. 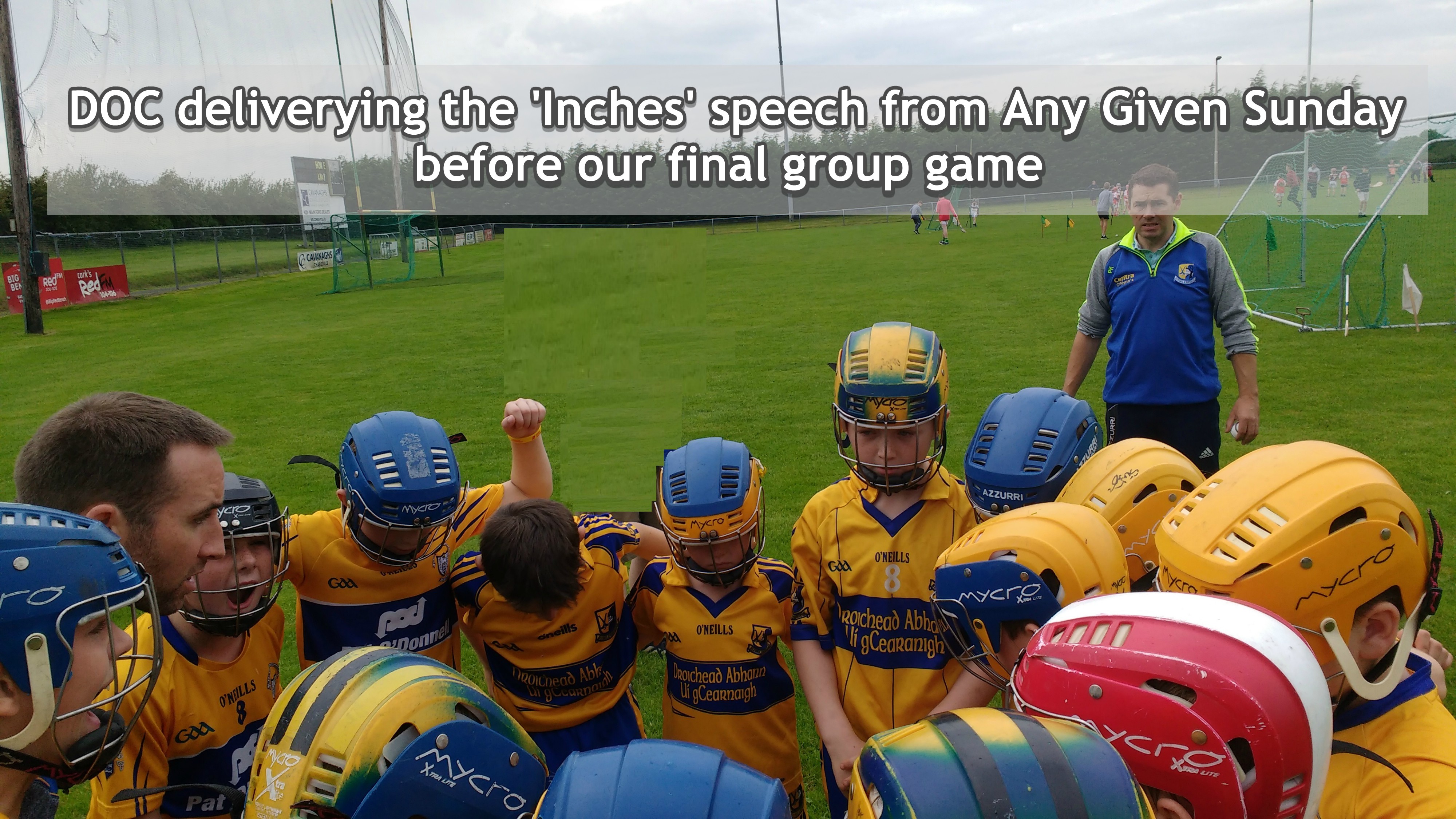 Highlights of the day included the lads ability to win the ruck ball, workrate and general attitude. Even when results or decisions went against them the players kept plugging away and competing for the next ball. We saw a few scores which were straight from our training drills with boys rising the ball, taking on their man, taking their steps and going for goal. And we witnessed a particularly sweet point from a sideline cut - a video of which is currently going viral on Twitter.

After the tournament all players were presented with a commemorative medal with Dylan McInerney (our captain on the day) accepting them on behalf of the team. It was then off to the clubhouse where the hosts put out a mighty spread of refreshments for all the participants and parents.The Sixmilebridge U10 hurlers, coaches and parents would like to say a massive thank you to Newtownshandrum for inviting us to their tournament - it was a superbly run event and a very enjoyable day out for all involved. We look forward to being back again next year! 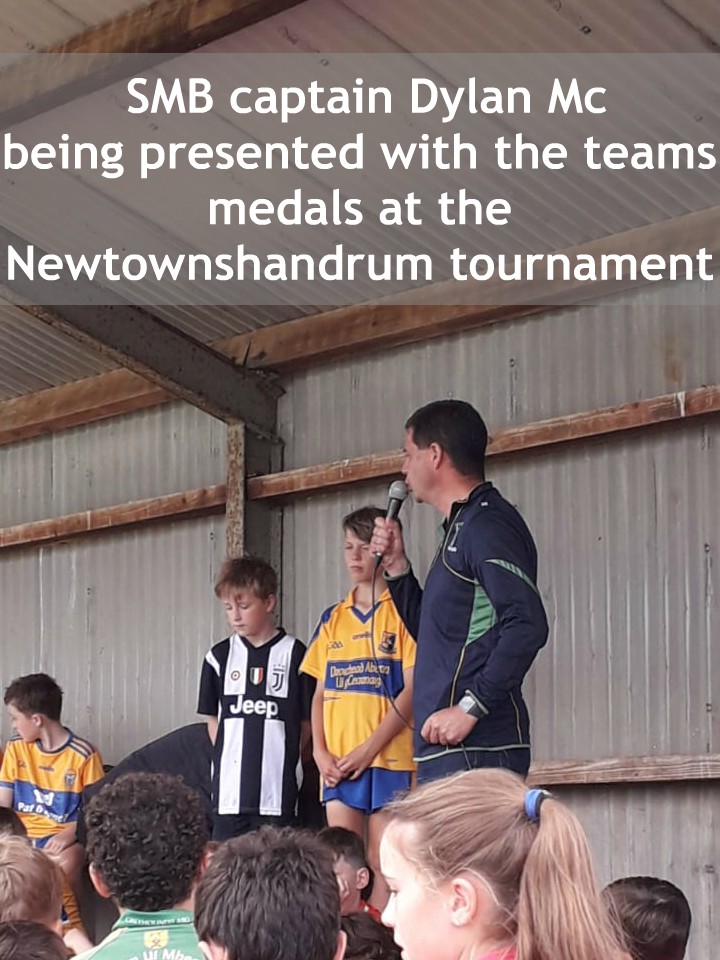 There are less than ten weeks left in the U10 hurling season and we are trying to line up blitzes and tournament for most weekends over that time - so our players, coaches and parents can expect a busy few weeks travelling the highways and byways of the hurling hinterland. We will also be finishing off our season with our internal 'Munster League' which we will run off during October.

The main headling from the victory social 2020 held in th...

February news updateOur U14s have started back training a...

After wintering well over the close season, our U12s will...

Our Seniors will be selling their baked goods this Sunday...

The Minor Club has switched to being a paperless and cash...