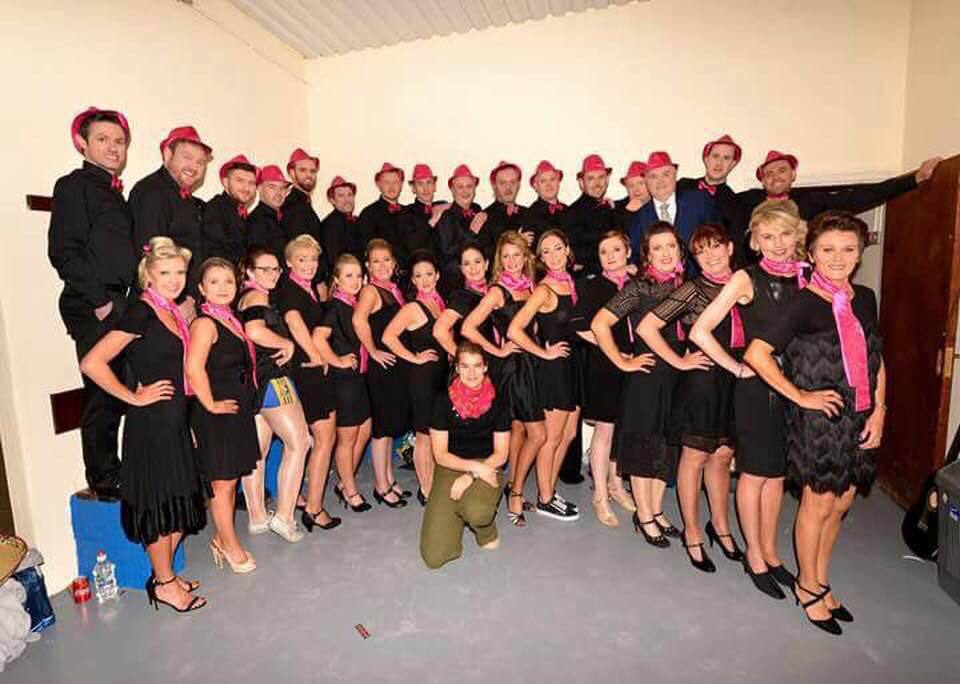 Published: over 4 years ago

Oh, what a night
Early December, back in '17
The Bridge did strictly the likes was never seen
As I remember, what a night

The famous Four Seasons tune provided the background for the opening of Stricty Come Dancing Sixmilebridge and it perfectly described what was to come for the next 3 hours. The youth dancers followed with rythm and style to show that there is no shortage of future of dancers if we ever run this event again!

Then came Mush and Slaine the first of 15 couples to take to the stage and perform in front of 1,100 seated patrons in what was a superb venue at the Marquee on the club grounds. The bar staff had ensured everyone was watered while host for the night Syl O'Connor was professional personified in his Tuxedo and club coloured bow tie.

The flow of entertainment included each couple preceded with their super 16s sponsors video before their introduction to the main stage to dance. Following their performance Syl had a few words with the pair before the judges gave their comments and cast their votes. The judges winners on the night were Clare Corry and Darren Gabby Gavin whose Bollywood themed performance had suporters dancing on the aisles while Sean Ryan the local mart manager and Camogie Club executive Eileen Donnelan won the audience vote.

All in all the level of professionalism on display with each couple was truly a site to behold and the crowd afterwards were buzzing as they congratulated all 15 couples who have now celebrity like status after the event.

A massive well done to Kevin Phelan and his committee and army of volunteers from the club and beyond who helped out. A big thanks to everyone who attended from all over the county and beyond and we hope you all enjoyed the night.

Following a big effort this morning the marquee is cleaned and chairs are all folded in preparation for tonights gig with Jake Carter kicking off at 8PM followed by Trevor Smith and his Garth Brooks tribute band. The bar will be open again tonight so hope to see you all there and I'm sure the Strictly crew will no doubt strut their stuff on the dance floor!

The club are now taking ticket requests for next Sunday's...

Our U11 Hurlers continued their run of Go Games Blitzes w...

The 2022 Scrap Metal Collection is up and running now. Th...

Best wishes to Cathal, Shane, Paidi and all the Clare lad...

Best of luck to Daniel Chaplin and the Clare Minor Hurler...

There comes a moment in every young Sixmilebridge hurlers...