Work on indoor arena has commenced 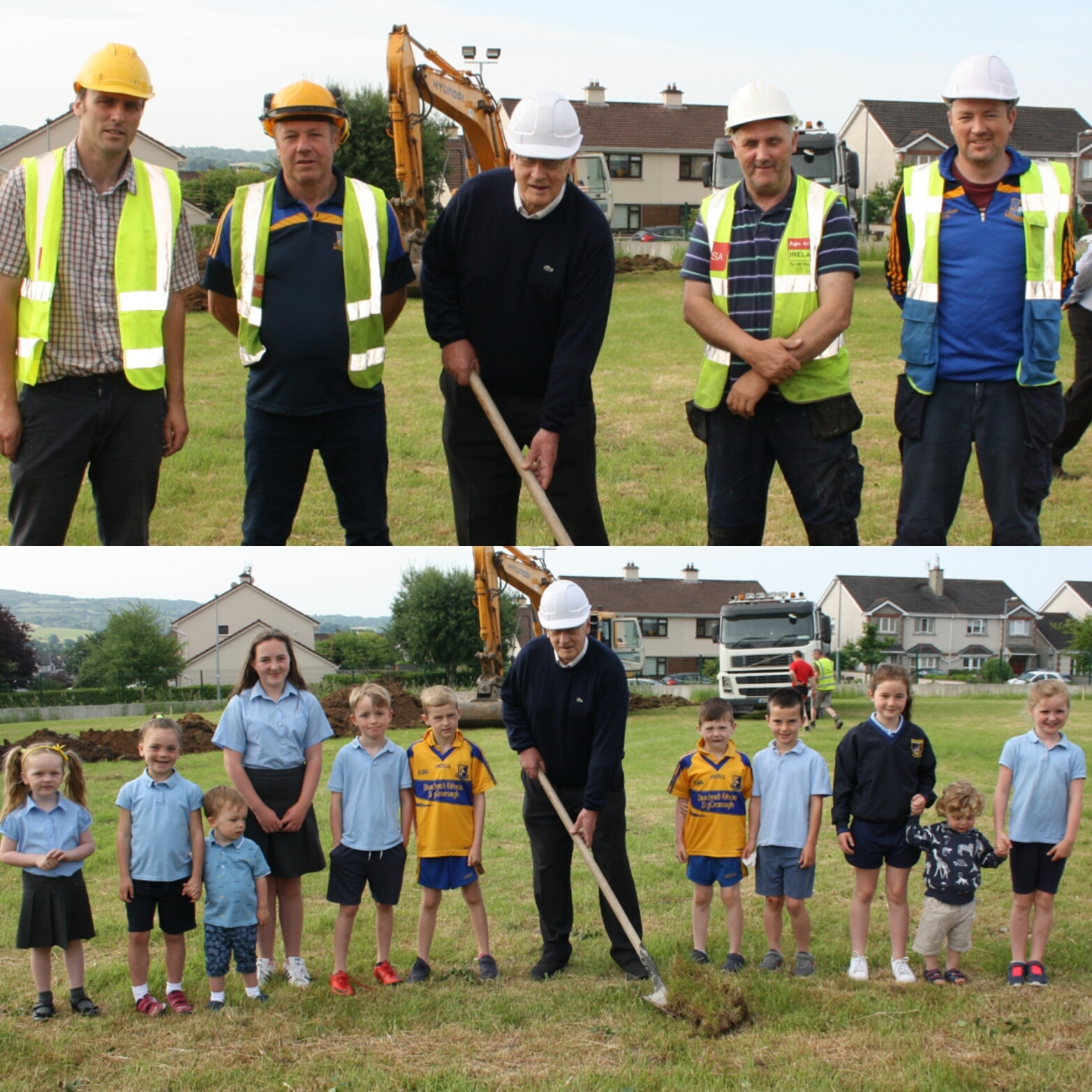 'I promise you we will turn the sod in the first week of June 2018 for the Arena project" was the quote from club Chairman Paddy Meehan as he stood on stage at the closing of the fundraising festival back in December.

On Friday 8th June at the Cappa Lodge training campus at 8AM in glorius sunshine, local PP Fr. Harry Bohan who himself is synonymous with new building initiatives stemming from the Rural Housing Organisation (RHO) he founded in 1973 - donned a white hard hat and turned the sod to officially launch the start of the development phase.

The idea for the indoor arena has been mooted about the Bridge for a number of years now and following his tenure as U14 hurling manager and a trip to Feile Terence Chaplin returned back to Garney side determined to get the project off the ground and landed himself in the role of arena chairman. According to Terence

'While we were living in Mediterranean like temperatures earlier this month our winters are getting worse and nowadays residing in the West of Ireland we can expect to experience 225 days of rain throughout the year. This project is building for the future of the club in not just a hurling capacity but from a wellbeing and health capacity for our community and beyond'.

Speaking to SixmilebridgeGAA.com development Chairman David O'Meara said 'As you can see behind me the diggers and trucks are ready to roll as soon as we walk out of here and we will aim to have the steel work and roof completed by Christmas.'

He also acknowledged the community and business people who have supported the project to date as well as those contributing to the weekly lotto which is essential to the delivery of the project. For €5 a week its hard to argue that its not good value. The finance committee are busy organising some new fundraisers details of which will be announced in the coming week but one thats confirmed is a monster sale of work in October.

The club has had many historic days on the field including our first senior championship in 1977, Munster club in 1984, All Ireland Feile in 1995 and All Ireland Club in 1996 - Off the field we have been very lucky to have visionaries in our club willing to look to the future when others said we were half mad - things that come to mind include erecting the Tommy Morey stand, developing a training campus at Cappa Lodge in the 90s, floodlighting O'Garney park to the highest level ... These are all historic ocassions but with the arena commencement a new chapter was created - a chapter for a new generation.

Remember to keep up to date on everything happening in the club download Clubify - Its how our coaches communicate with players/parents and how you can hear about all club news & events and support our fundraising.

For more details on our development visit our project page here:
https://sixmilebridgegaa.clubifyapp.com/pages/arena-project

The club are now taking ticket requests for next Sunday's...

Our U11 Hurlers continued their run of Go Games Blitzes w...

The 2022 Scrap Metal Collection is up and running now. Th...

Best wishes to Cathal, Shane, Paidi and all the Clare lad...

Best of luck to Daniel Chaplin and the Clare Minor Hurler...

There comes a moment in every young Sixmilebridge hurlers...